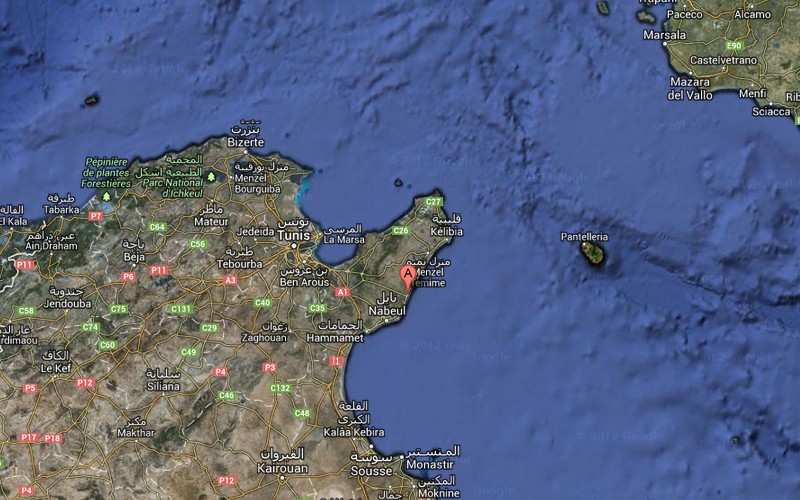 The study area is located in Korba, in the north/east of Tunisia. Climatically semi-arid and geologically composed by clay and sandstones,the region’s most  dominant economic activity are the agricolture, some agro and textile industries and tourism.

The aquifer system of Eastern Tunisian coast is formed by two superimposed aquifers, a groundwater sheet and a deep aquifer. The local wastewater treatment plant began its work in July 2002 and it consists of three successive steps: pre-treatment, secondary and tertiary treatments.

The first consists in the removal of large solid waste, followed by de-sanding and pool de-oiling processes.

The second consists  in an oxidation channel process.

The third is performer by three natural ponds of maturation having a water surface of 26,202 m2.

The oxygen sources are dissolved oxygen from the atmosphere trough contact with the water surface and its production by photosynthetic algae. Bactaeria and  algae ensure the major purification. Thr natural lagooning advantages are an excellent elimination of microbiological pollution, low operation and capital costs, very good landscape integration and the possibilità of agricultural recovery of the produced planktonic biomass and effluents.

Visit our Media Gallery for pictures and videos of the Pilot Area.